Today was the final day of AMD's APU 2013 conference. The theme of today was mostly focused on gaming topics, so it was not as relevant to technical computing as yesterday. However, the mobile product announcement from AMD in the tweet above was interesting.

OpenCL is just as important in mobile computing as it is in HPC computing. Both ends of the spectrum have a need for speed and can achieve it through great data parallelism. AMD is looking to make better inroads into mobile computing with these APU announcements.

Overall, APU 2013 was a fantastic opportunity to network with our customers and partners. We look forward to another great year of accelerated application development on AMD APUs and discrete GPUs.

This picture sums it up pretty well! 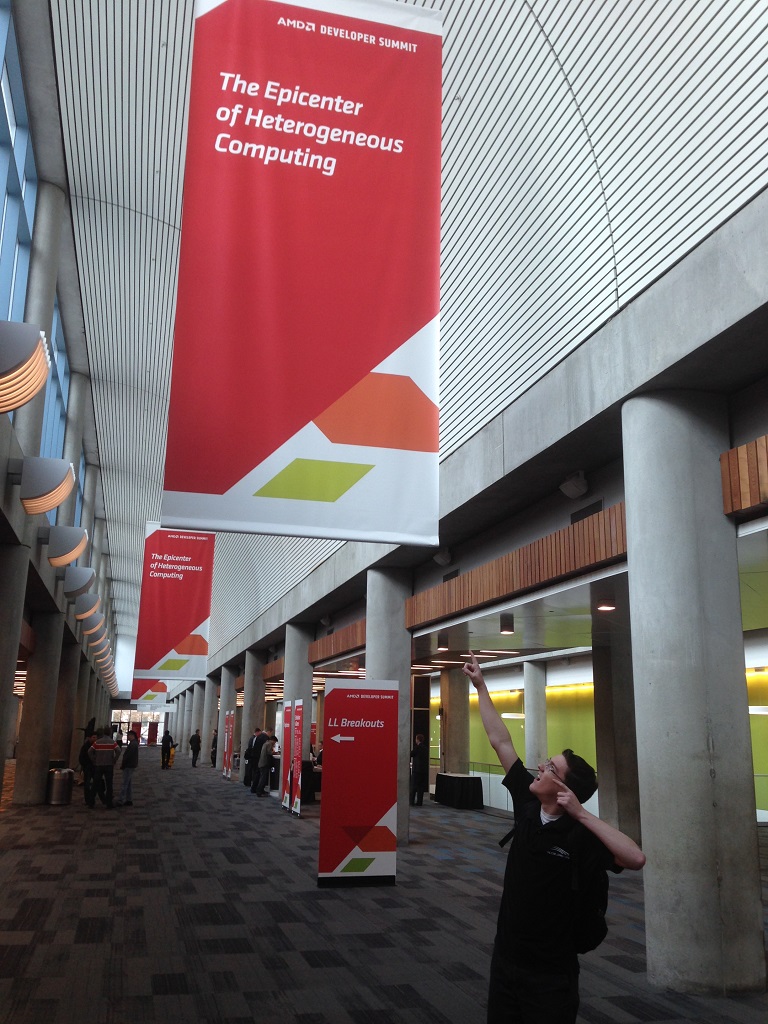 What were your favorite moments of APU 2013?