We just returned from SC'10, the biggest supercomputing show of the year.  At the show, we demoed Jacket driving computer vision demos on an 8-GPU Colfax CXT8000 system... pure eye candy!

We had CPU and GPU versions of the demos running on 8 different monitors, each attached to the 8 Tesla C2050 GPUs in the system.  Input data for the various demos was sourced from 3 webcams and 2 Blu-ray video inputs.

Checkout the demo details, below: 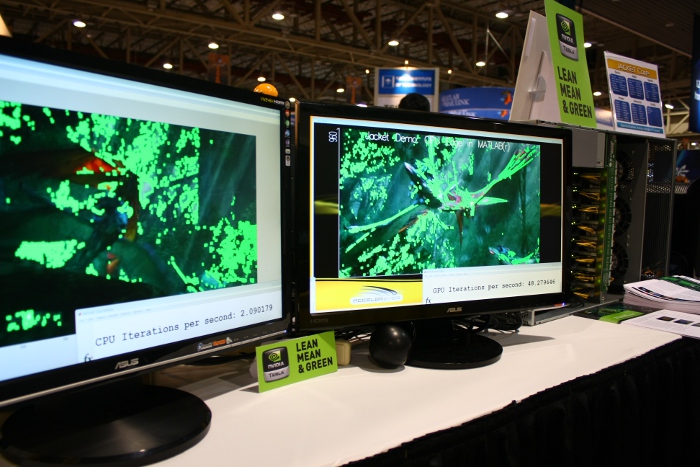 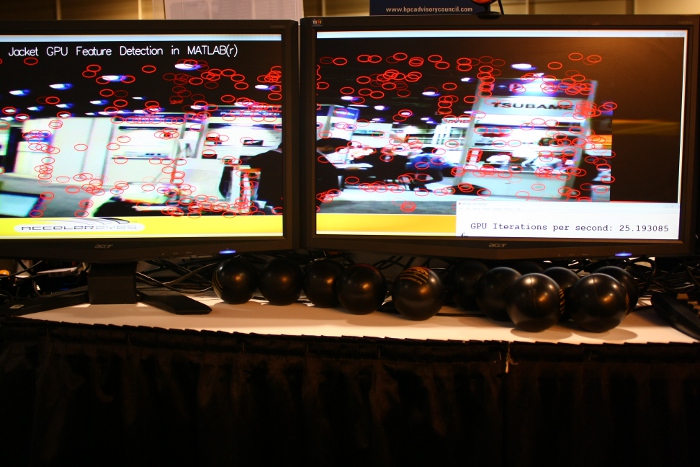 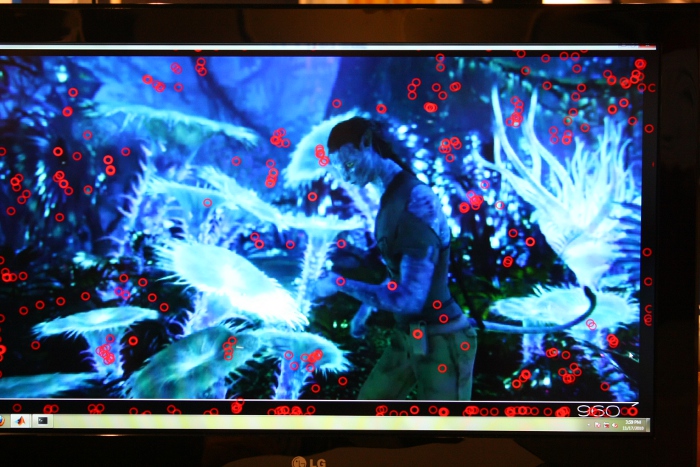 Zoomed in view of the powerful machine driving these demos. 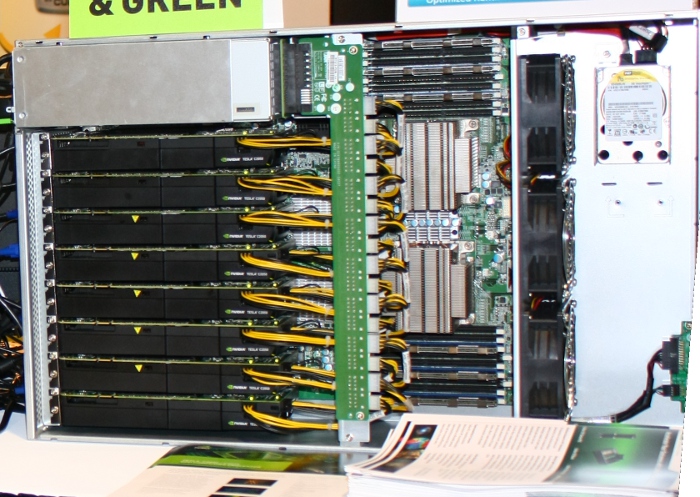 Zoomed out view of the demo table. 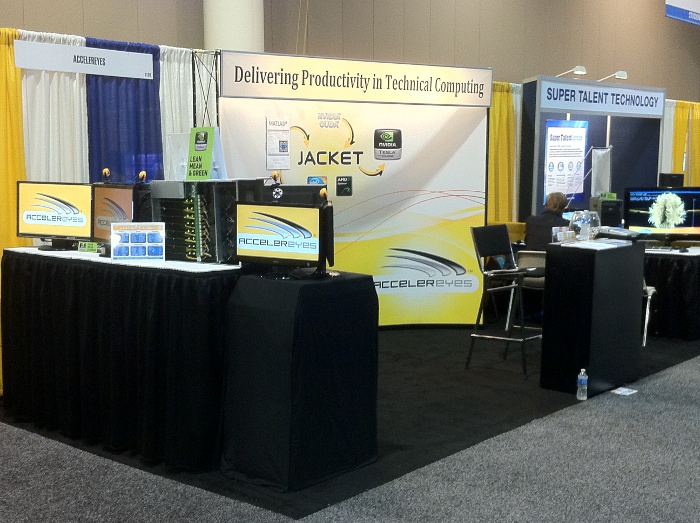 If you'd like to buy one of these Colfax machines, shoot a note over to Colfax at sales@colfax-intl.com.